After I got my little Smaug tattoo, I knew it wouldn’t take long for Markus to get some ink too.

“You can’t be the only cool person in this relationship”, he declared, and made an appointment with a tattoo parlour in Piteå.

Piteå (pronounced like p-t-o) is a small town about 1 hour north of where I live. It’s mostly known for its pretty archipelago and beach resort, and for its many forest industries.
I lived there for a couple of years when I was around 20, and I still like the town very much. So when it was time for Markus to get tattooed, I tagged along. Partly for moral support, but also for getting a chance to visit my old home town and take some pictures. :) 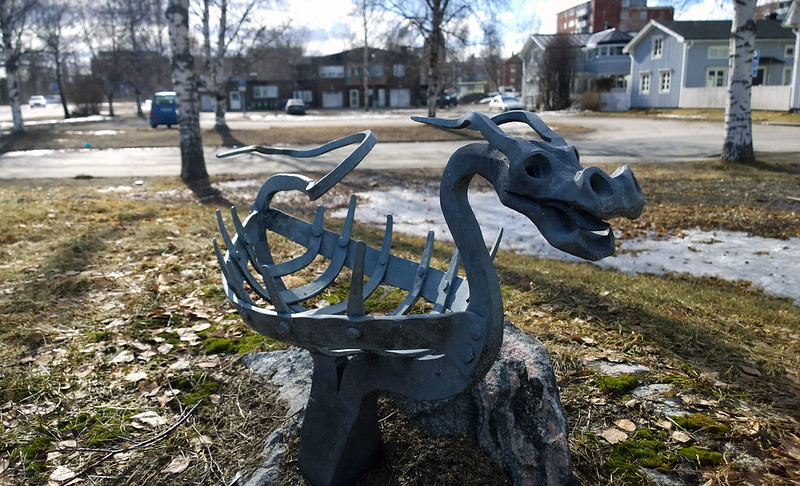 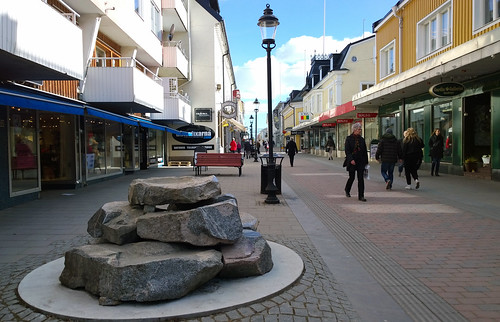 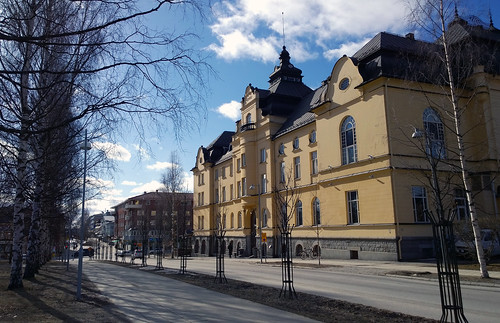 No self-respecting north Swedish town goes without viking references. ;) I didn’t have anything to put beside it for comparison, but it’s very small, the dragon head is just below knee height.

The other photos are of the main shopping street and an old hotel.
Despite being a small town there is actually a pretty decent selection of shops and restaurants and such. That old hotel has a very popular bar in the basement, I’ve spent many merry Saturday nights there. 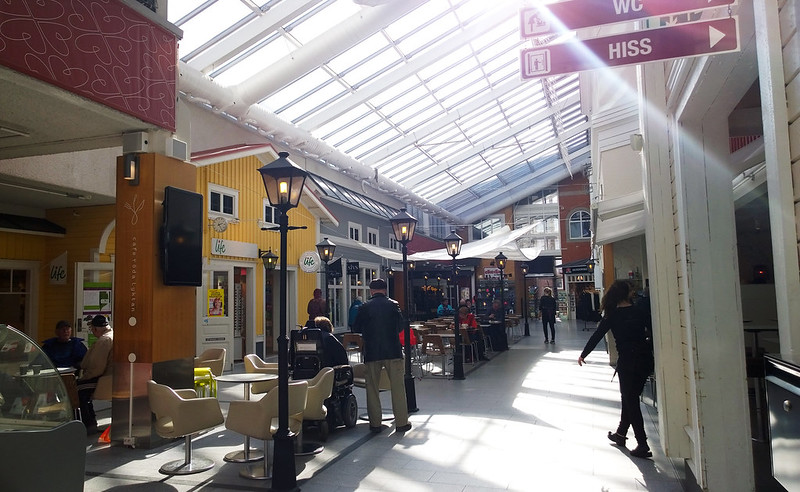 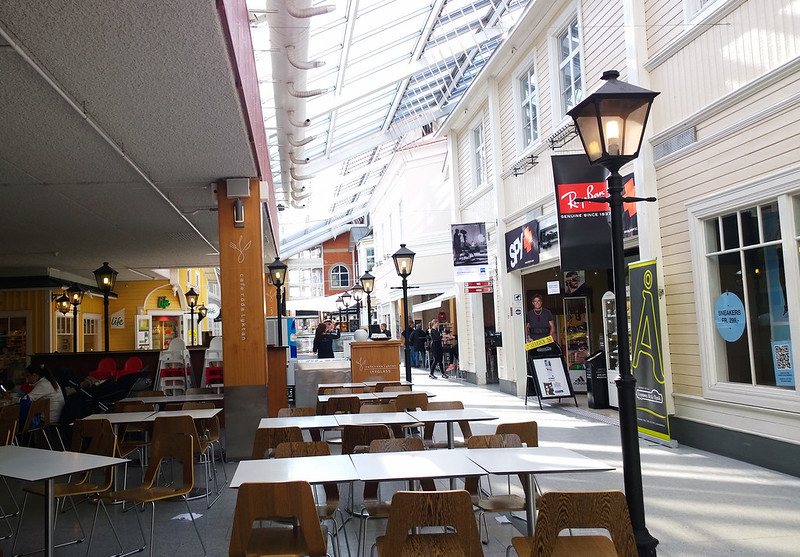 This is one of the cooler places in Piteå. It’s an indoor shopping mall designed to look like an outside street. The walls look like houses, with one shop in each “house”, and there are lampposts and signs lining the “streets”. The roof is made of glass to let the natural light in.
I was there on a Thursday afternoon when most people are working, so there wasn’t much people out and about. 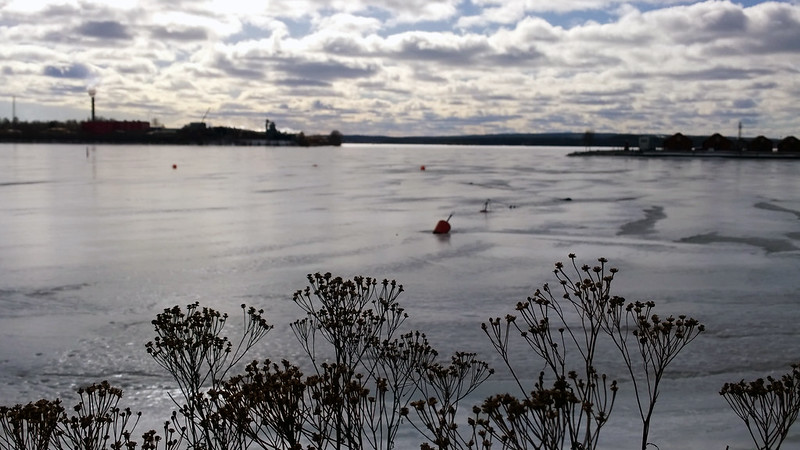 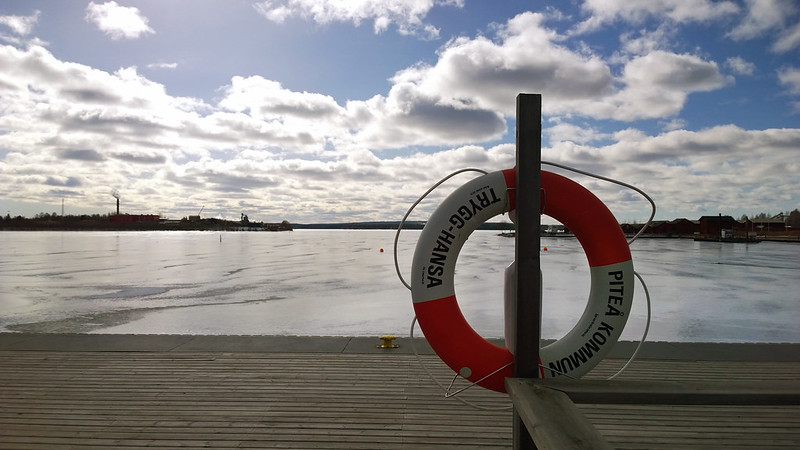 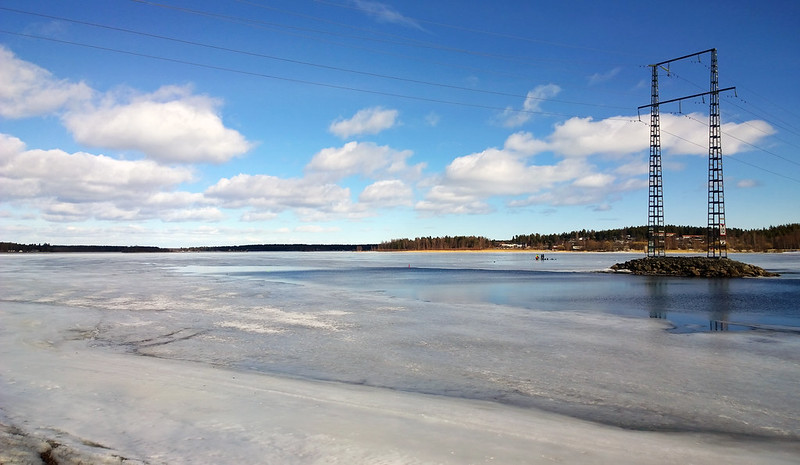 Water, water, and more water. Being close to the sea, Piteå is pretty much surrounded by it. These were taken only a short walk from the town centre.
And I can’t believe there were people out on the ice! Maybe it really is tick enough, but it sure looked thin, and there was so much open water around. I wouldn’t have set a single foot on that.

I don’t know anyone in Piteå any more and have very little reason to go there, so it was fun spending a day there!
Oh, and Markus’ tattoo turned out exactly as brutal as he wanted. \m/