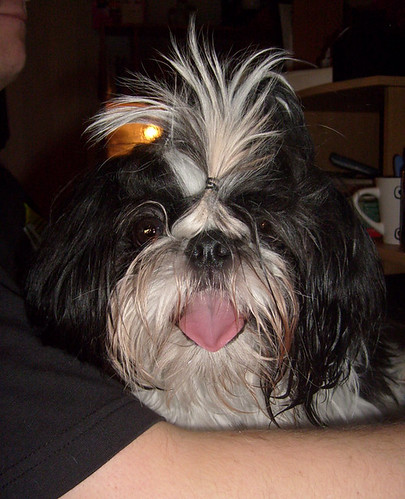 That’s Oggie, Camila’s shi-tzu. Camila is going to Brazil in January so Oggie is going to stay with us while she’s gone. He needs to get used to sleeping here and such, so yesterday we took him home with us and he stayed the night.

He’s only 7 months old, still very much a puppy, and a little heart breaker in disguise. At first everyone (including Zaphod) was all WTF? What is that!? What are we supposed to do with it? Which end is the front?
But he’s growing on all of us and I’m really looking forward taking him in :) He’s so social and cuddly, he follows us around the apartment and every time someone sits down he wants to come and sit in the lap. Slightly different from Zaphod who once he lays down won’t leave his bed for anything less than fires or the vacuum cleaner…

I think it will be great for Zaphod to have a dog companion and it will be fun for me “trying out” a new breed. I’m not used to dogs that small. Or that hairy *lol*
My biggest fear is that I will accidentally break him somehow, or that grooming all that fur will drive me completely nuts so that I, in a burst of lunacy, end up shaving the whole animal. 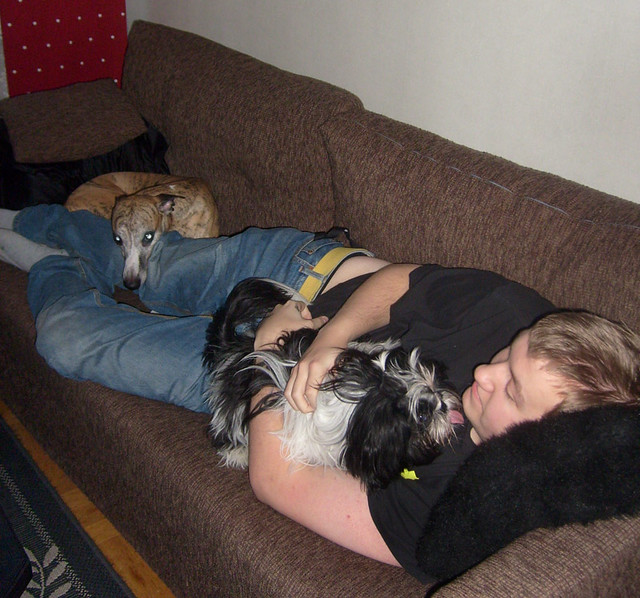 Oggie tries to steal a kiss from Markus. And Zaphod is looking jealous in the background. :P

Christmas is colourful at my house

Questions people ask you when you own a snake