You know, turning 31 is considerably less traumatic than turning 30. Going from being a 20-something to 30 felt like such a huge step, but now that it’s done it’s like, well, done. I’m going to assume the next age crisis won’t come until I’m turning 40. :P

But I have to tell you about my birthday, because it was fantastic!

Markus had told me in advance that he had planned something for the evening, but he wouldn’t tell me what. Up until I left work on Tuesday, I had no idea what we were doing. And I love surprises! :D

The Bishop’s Arms is arguably the best pub/restaurant in town, they serve real nice food and have pretty much any beer you can think of, and that’s where we headed for dinner. I had an amazing club sandwich served with french fries, salad, coleslaw and aioli. My stomach is still stuffed… 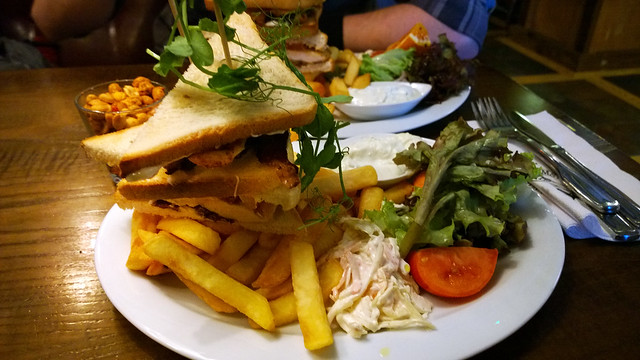 There was an event in town that night called the “Inspiration Evening”. It was like an indoor faire with a bar, fashion shows, lotteries, and a bunch of other events. Most importantly though, there were lots of local businesses selling their products at discount prices. Once we got there Markus handed me an envelope with some cash in it: 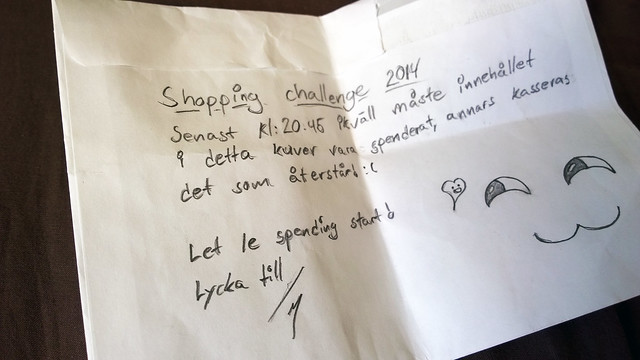 “Shopping challenge 2014!
By 20:45 tonight the contents of this envelope must be spent, what remains will be discarded.
Let le spending start!
Good luck!”

See, I’m a pretty bad shopper.
I tend to get cheap and refrain from buying stuff, even if I can afford it, and even if I really want them. If it’s not practical or needed, I probably won’t spend money on it. So the challenge was to get me to buy stuff I want, not need, for once. :P 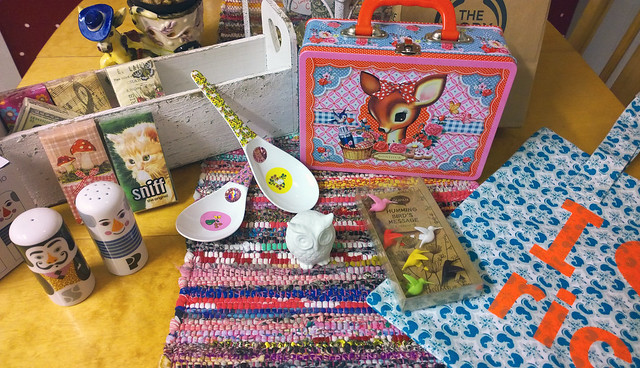 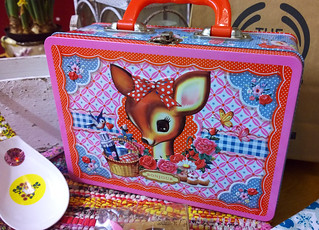 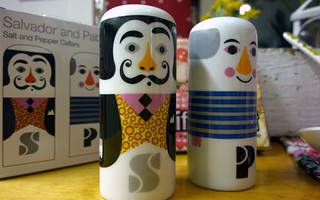 The night ended at the movie theatre where we had tickets for The Grand Budapest Hotel.
I guess people don’t go to the movies so late on weekdays, because we were the only people in the salon save for 3 teenagers. It was almost like a private screening, having neraly the entire movie theatre to ourselves.

The movie itself was actually brilliant. I hadn’t really heard much about The Grand Budapest Hotel before, and during the first scenes I had my doubts. A shabby hotel in eastern Europe didn’t sound very interesting… But then the plot took off, and it was genius!
I found the movie was both interesting and entertaining. The story was really funny, and it was impossible to predict what would happen next. The characters were hilarious, and almost every one of them was played by well-known actors: Ralph Fiennes, Adrien Brody, Willem Defoe, Jude Law, Edward Norton…
And the visuals… This is a seriously beautiful film, on par with The King’s Speech in terms of amazing interiors and settings. I found myself wanting to press “stop” and “print screen” more than once.
In short: I can definitely recommend it!

Yeah, this was a good birthday. :)